Sterkinekor, a South African Chain of premier movie theatres now here on the local scene to give you that red carpet treatment. Sterkinekor your happy place

The company originated in 1969 when 20th Century Fox decided to sell off its South African theatre business to Sanlam, an insurance company. Sanlam already operated Ster Theatres and Ster Films under the Ster brand. Government regulation required that the two film companies be operated separately, and so the company name Kinekor was born to manage the newly acquired business.

Throughout the 1970s Kinekor embarked on a program of opening new cinemas across South Africa. However, due to the introduction of television in 1976, cinema attendances dropped. Because of this, the South African government then allowed Sanlam to merge its two theatres divisions, creating Ster-Kinekor.

Democratic elections in South Africa in 1994 also introduced a free market, allowing Ster-Kinekor to expand into foreign markets. Three company directors moved their base of operations to the United Kingdom and set up trading as Ster Century.

The newly founded Ster Century entered into partnership with Assos Odeon, a cinema exhibition company in Greece, and opened its first multiplex cinema in 1998 under the name of Ster Odeon.

In 1999, Ster Century continued its expansion opening multiplex cinemas in Dublin, Ireland; Brno, Czech Republic; Wroclaw and Warsaw, Poland; and two sites in Budapest,Hungary. This trend continued in 2000, with two additional sites in Poland and the Czech Republic, and more in the UK (Edinburgh, Romford and Norwich), Spain, Montenegro,Greece, Slovakia and Serbia.

By summer 2002, Ster Century had sold off its interests in Poland, Greece, Hungary and the Czech Republic to concentrate on its UK business. Cinemas were opened in Leeds,Basingstoke and Cardiff. Polish cinemas were sold to the Israeli company Cinema City International.

In 2003, Ster-Kinekor sold off its remaining European cinema interests with Ster Century’s UK business being bought by Aurora Entertainment in a Management Buy out. 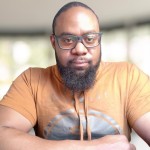 To apply for this job please visit www.sterkinekor.com.